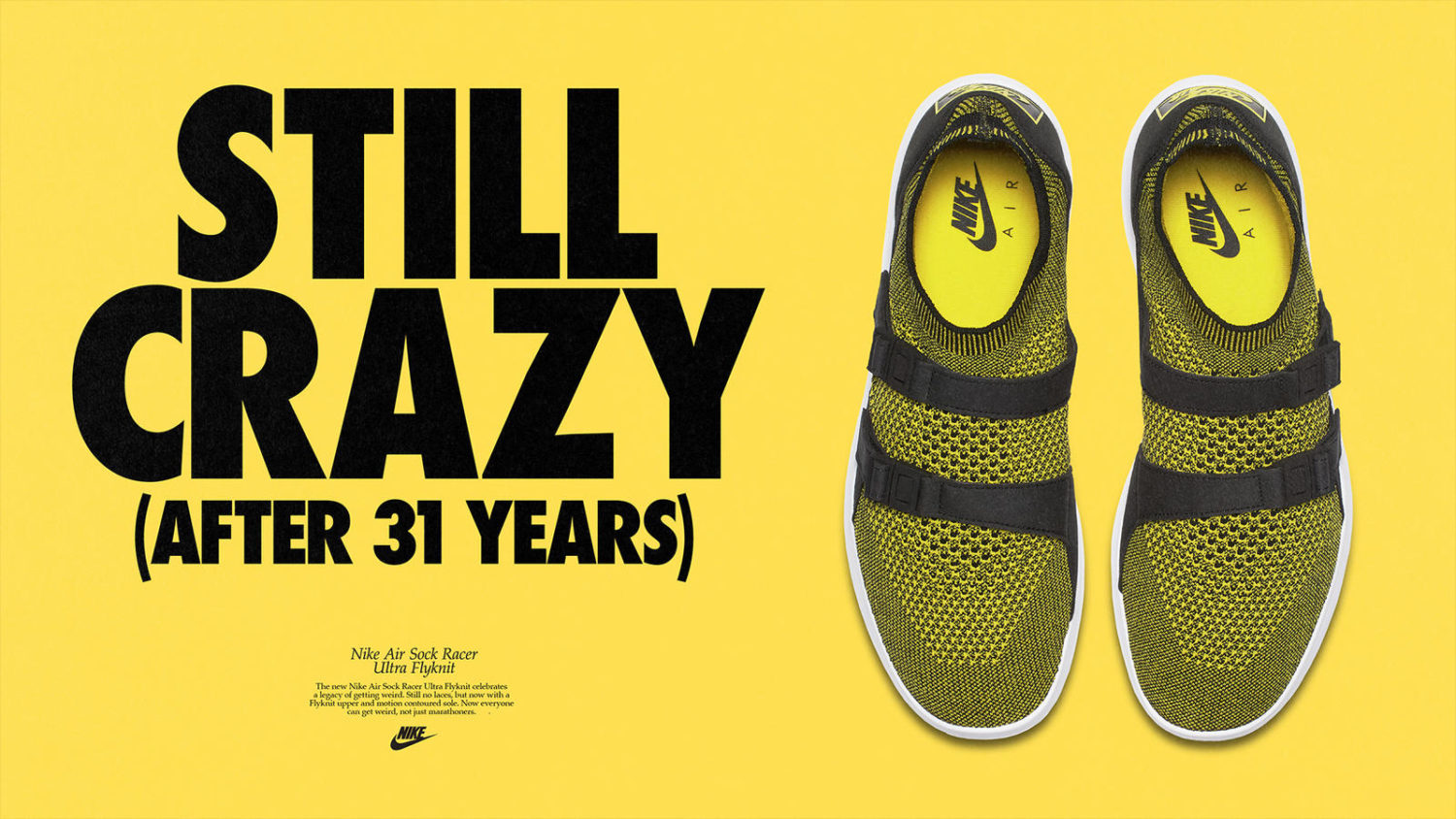 Originally released in 1986 as a marathon shoe, the laceless Nike Air Sock Racer was undoubtedly ahead of its time, paving the way for Nike innovations that would impact sport beyond running. Its four-way stretch, elastic mesh upper, with two straps for support, foreshadowed the development of Nike Flyknit, while its free-fitting last led to the creation of Nike Free. Given the typically nylon, suede and rubber found on the era’s footwear, the shoe was totally weird…but in a good way. 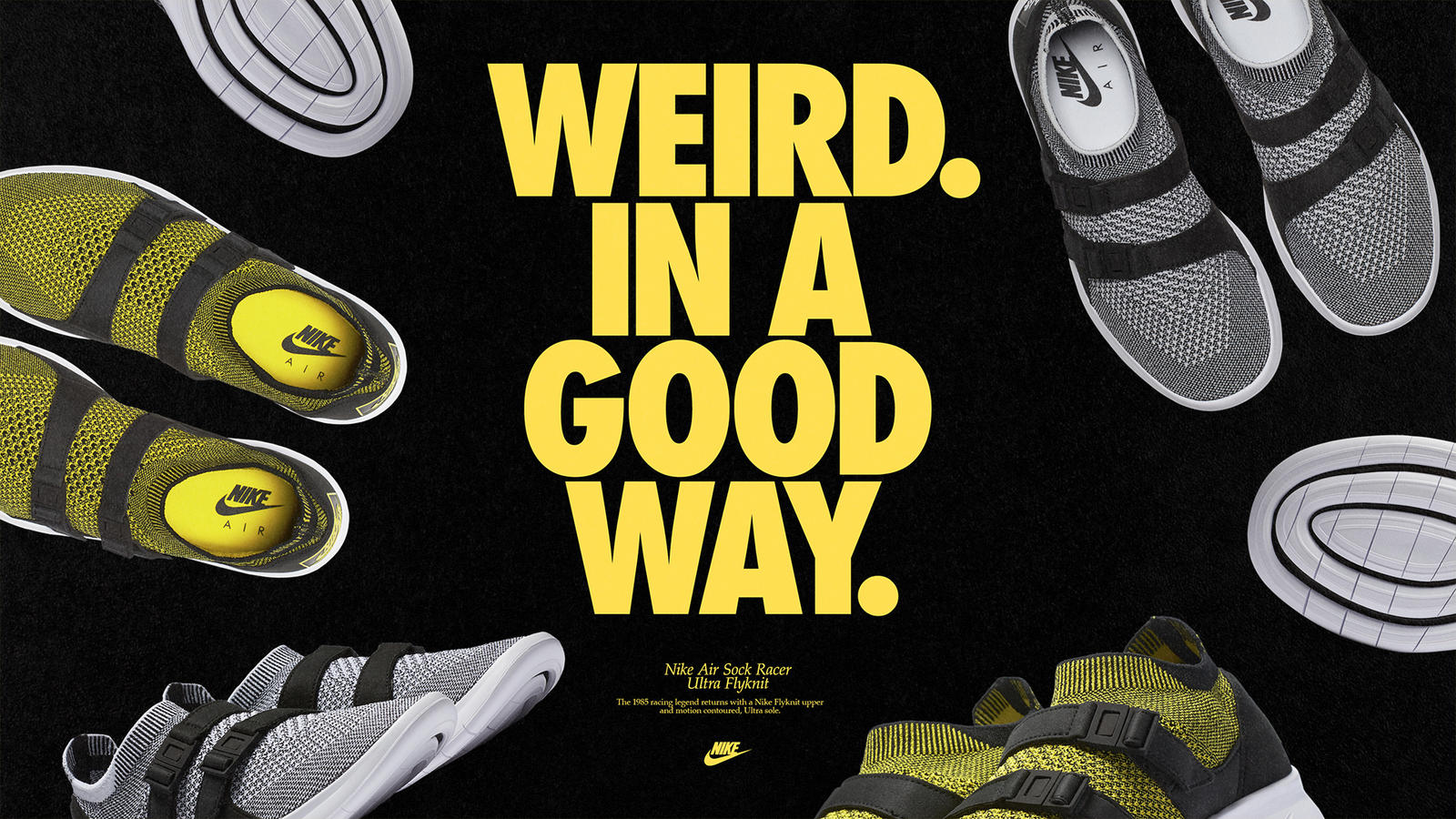 Making no concessions to comfort or performance, designer Bruce Kilgore combined a polyurethane foam sole with a full-length Nike air bag midsole. He gave the shoe a bold colorway, black and tour yellow, which, paired with even bolder advertising, gave the shoe added cultural importance. Ads featured lines like “Still Crazy After All These Years,” and consumers received promo black and yellow “Bee Socks” and T-shirts with a Sock Racer evolving into a runner. In 2014, an HTM version of the shoe was released as part of the “Genealogy of Free” pack, cementing it as a precursor to Nike Free technology. 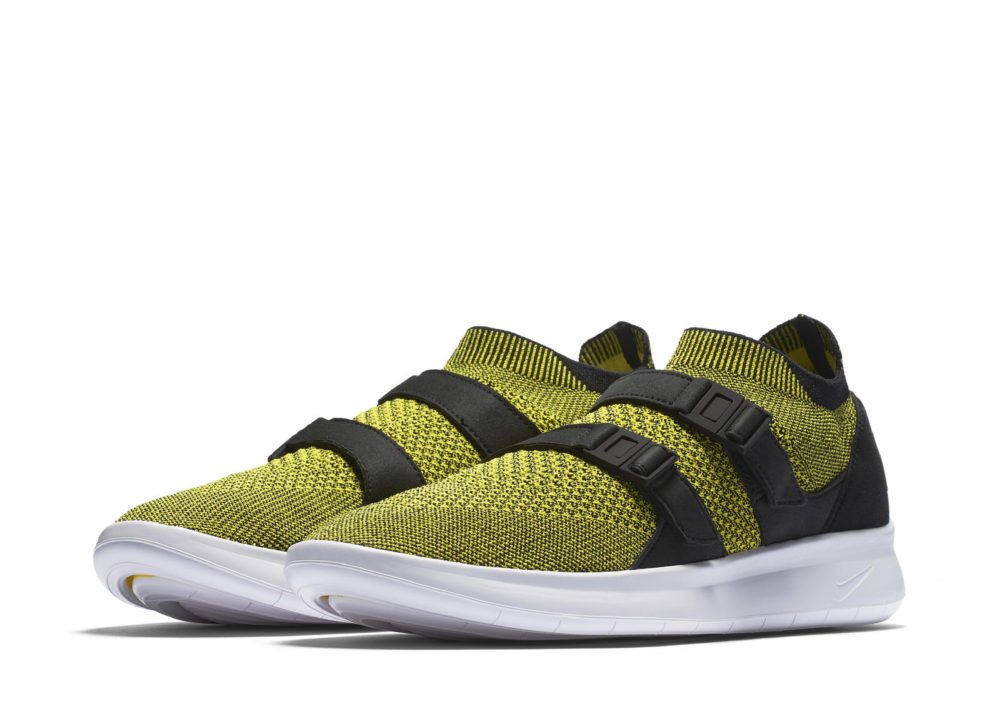 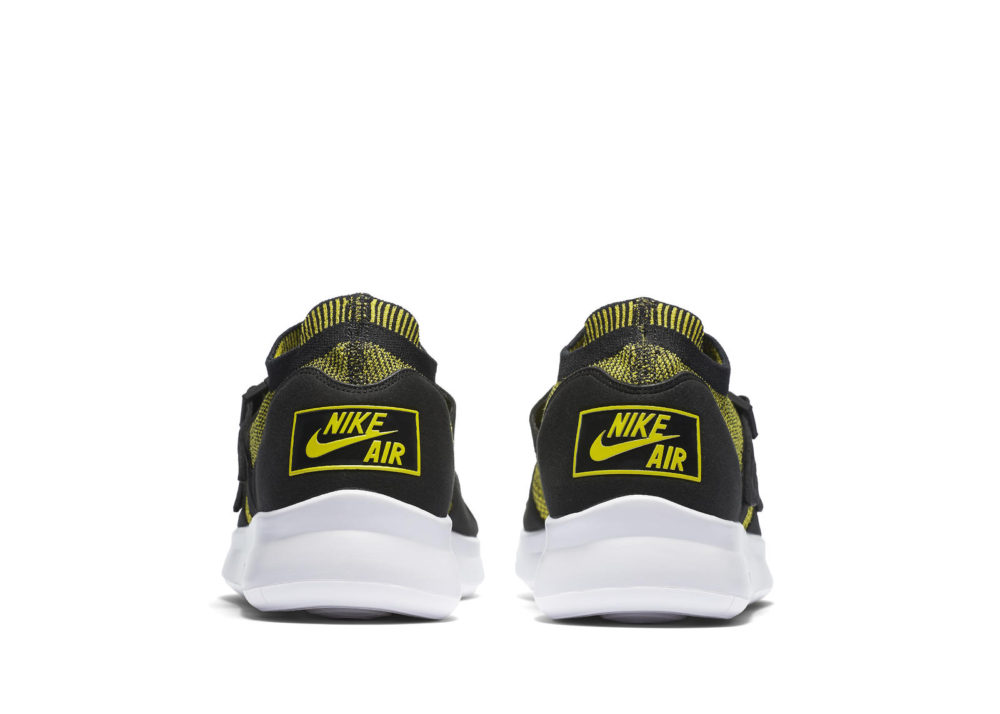 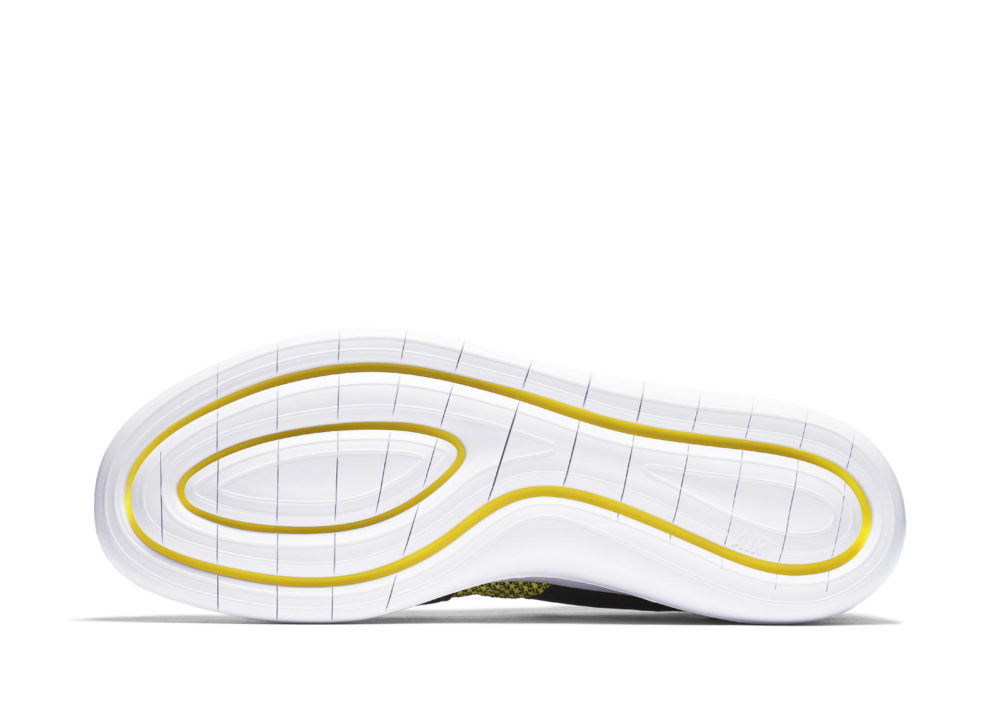 Today’s Nike Air Sock Racer Ultra Flyknit brings the innovations of the original shoe into the present. The upper uses Nike Flyknit for the first time, offering increased breathability, improved fit and an uncanny capacity to take different coloring. The shoe maintains the original buckle closures with slightly thicker straps — one that keeps the wearer from shifting too far forward, and the other for medial and lateral support — and the collar’s lined pattern draws from the Nike Flyknit Racer. The lighter Nike Ultra outsole includes dual-density foam tooling, a sipe pattern referencing the construction of Nike Free and encapsulated, top-loaded air in the heel. 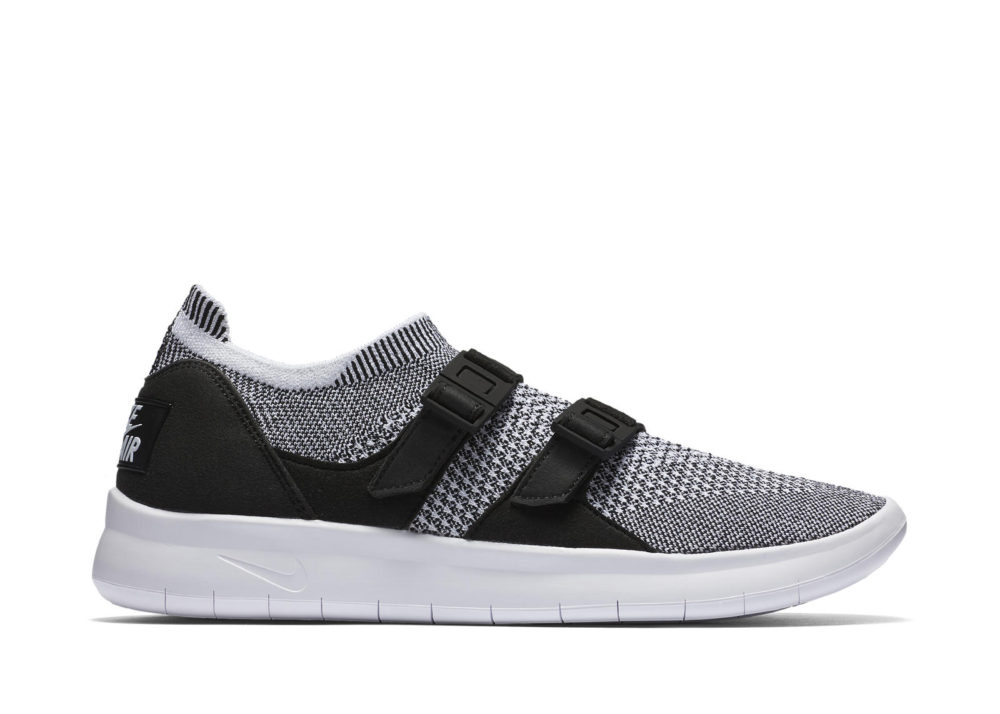 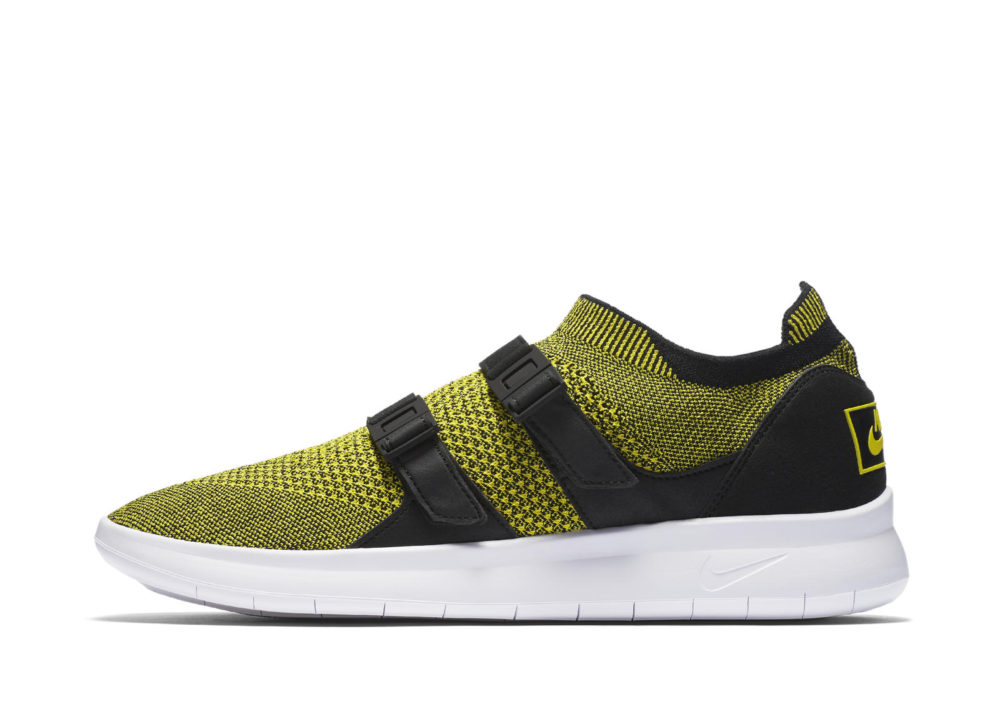 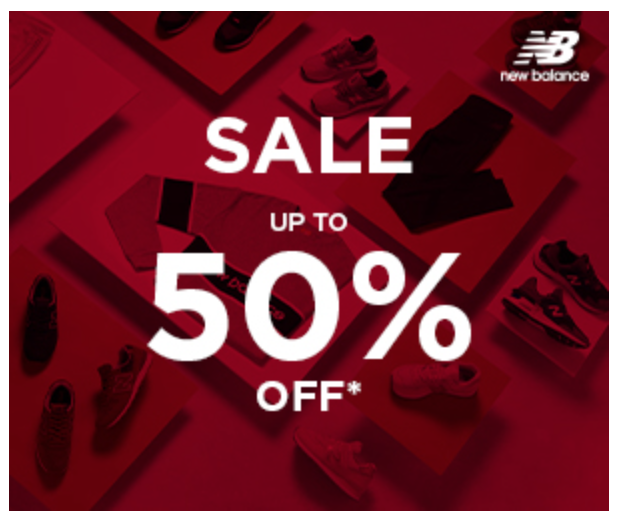 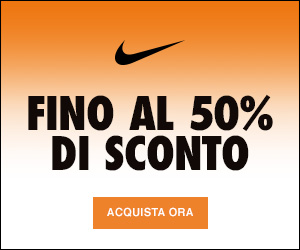